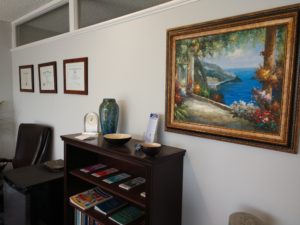 I often have parents ask me how much their children should be involved in decisions that impact the children during the divorce process. Of course this depends on a number of factors including the developmental age/stage of the child, their temperament, how well the parents interact, etc. A thorough analysis of these factors will help the parents come up with an approach that balances the benefits of children being involved in decisions that impact them (empowerment) while still protecting them from being ‘parentified’ or burdened with too much responsibility.

When it comes to a general approach to how much parents involve children in decision-making, I often encourage my clients to go with the “Voice, not Choice” approach. What I mean by this is that the parents encourage and elicit feedback from the children regarding their thoughts on how to handle a particular situation while still making it clear that the parents will make the final decision. This way we achieve two goals:

By including the children in the discussion, the parents avoid marginalizing the children and potentially making them feel even more unsettled and out-of-control than they already do based on all the other changes that divorce often creates. Even involving children in small decisions, such as picking out their new bedroom furniture for one parent’s household, can make them feel included and like they have a say in how things will be going forward. This can empower and encourage the children during a time when their resiliency is being tested and can help reassure them that they matter to their parents.

On the other hand, it is important to not put children and even teens in a situation that either puts them in the middle or is simply beyond their cognitive and/or decision-making capabilities (after all, even high schoolers are years away from having a fully developed prefrontal cortex). I’ve had parents that innocently enough suggested that they would simply ask their 16-year-old what parenting schedule they would prefer. While this may sound good on the surface, it often puts the teenager in the position of choosing to spend more time with one parent over the other which can create all sorts of conflicting, and potentially negative, emotions. This is why it is important for the parents to jointly make the ultimate decision.

While “Voice, not Choice” is certainly not a panacea for every parenting decision, it does represent a good general structure that balances the input and desires of the children with the need for the parents to ultimately bear the responsibility of decision-making for their children.